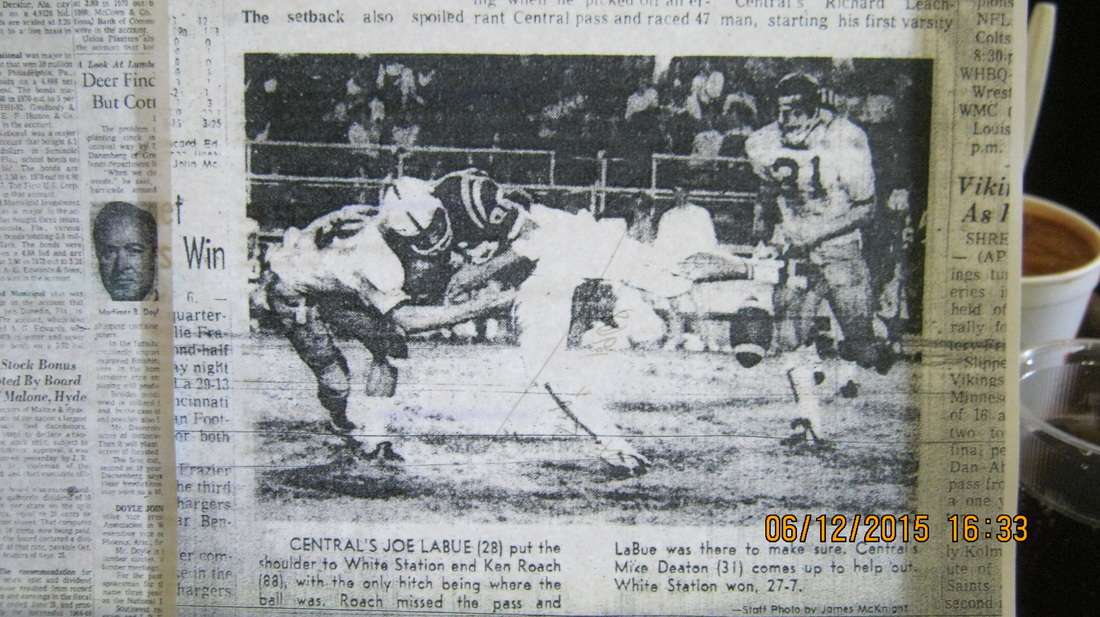 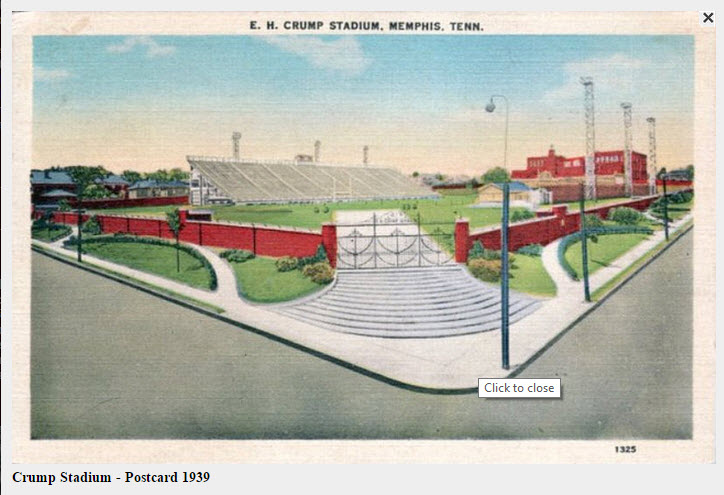 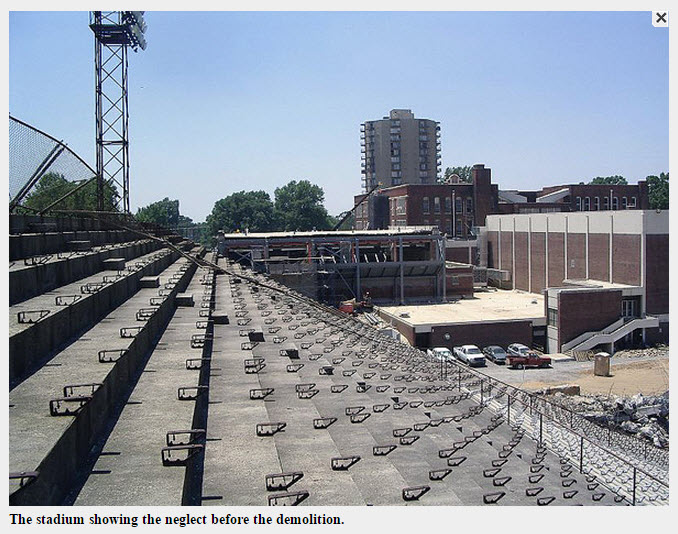 Crump Stadium was Demolished in 2006 and Rebuilt
As a Works Administration Project in 1934, the original Crump Stadium was built at 1275 Linden, adjacent to Central High School. It became a true landmark in the city both in significance and structural size. The football arena hosted major college games, including home games of Memphis State College/University and served as a neutral site for many other college games. It was the site of big high school games and home games of Central High School. Originally built for 7,000, it eventually seated about 25,000 people. In 1965, the major college games shifted to the newly constructed Memphis Memorial Stadium (now Liberty Bowl Memorial Stadium) but for nearly four more decades high schools continued to play at Crump. After many years of lack of maintenance and upgrades, Central High administrators and athletic officials argued for a new stadium. One former coach who had guided Central through decades of home games at Crump Stadium said that while it might be historic it had become a "dump." In the end, it was said to have poor lighting standards, not enough restrooms for modern convenience, inadequate concession facilities,  structural issues, and a malfunctioning scoreboard. The final football game was played at the original Crump Stadium in 2004. By order of the Board of Commissioners of the Memphis City Schools, Crump Stadium was demolished in 2006 and replaced with a high-school only arena seating 4,000 people which is also called Crump Stadium.