A RADICAL CONVENTION The river niggers and land-crab flat-heads met in glorious convention of fifty or seventy-five at a shebang near the old mill on Poplar street. That the hour might correspond with their color and their designs they met at the funereal hour of midnight which came near being made more funereal by a shooting match gotten up without regard to expense or noise to decide which of the two crowds had the best right to the smiles of certain yaller gals in the vicinity.

Mackerels Deputized by Sheriff Winters during the Memphis Race Riots of May, 1866 - Bad Behavior - Burning, Looting, and Drunkenness by Them All (see newspaper and other articles as related below)
(The Mackerels were involved in riotous and outrageous affairs in South Memphis at that time when Tom Porter, Jake Ackerman, Dan Driscoll, and others availed themselves of the opportunity to assist other, older criminals who were involved in the shooting, raping, burning, and robbing while also decimating the Negro population of Memphis by murder and arson and profiting thereby) 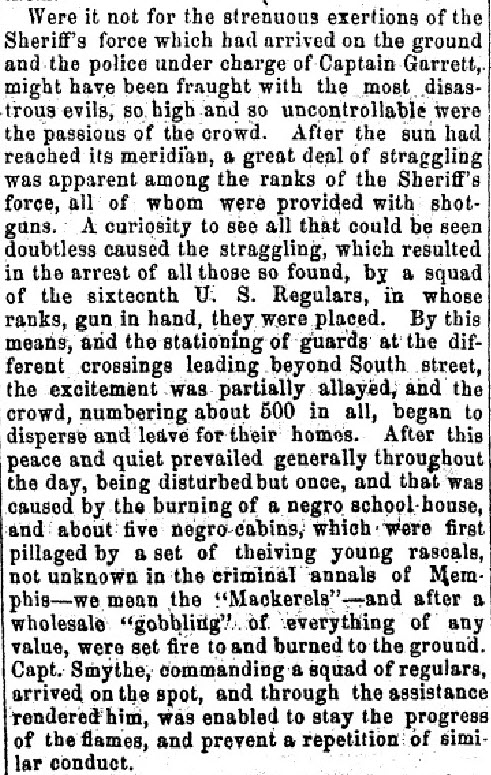 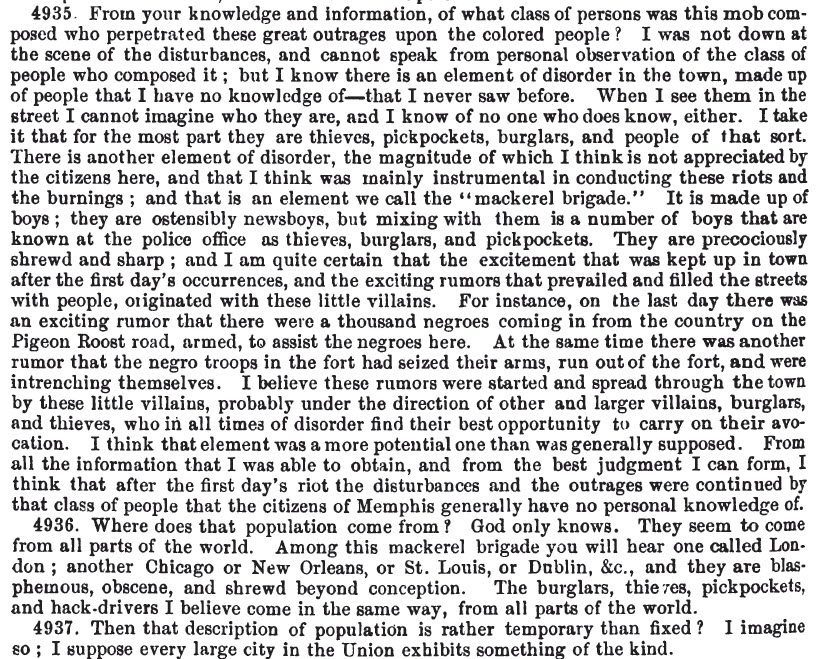 The Reports of the Committes of the House - 1866 - Memphis Race Riot Testimony - Sheriff Patrick M. Winters 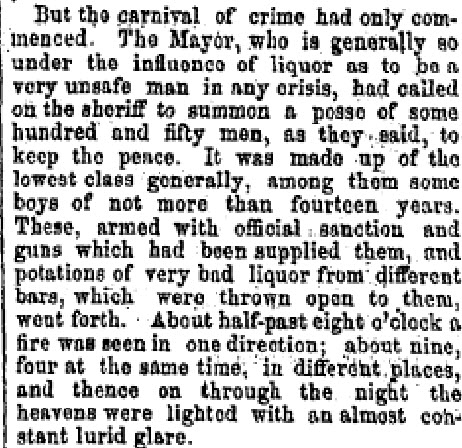 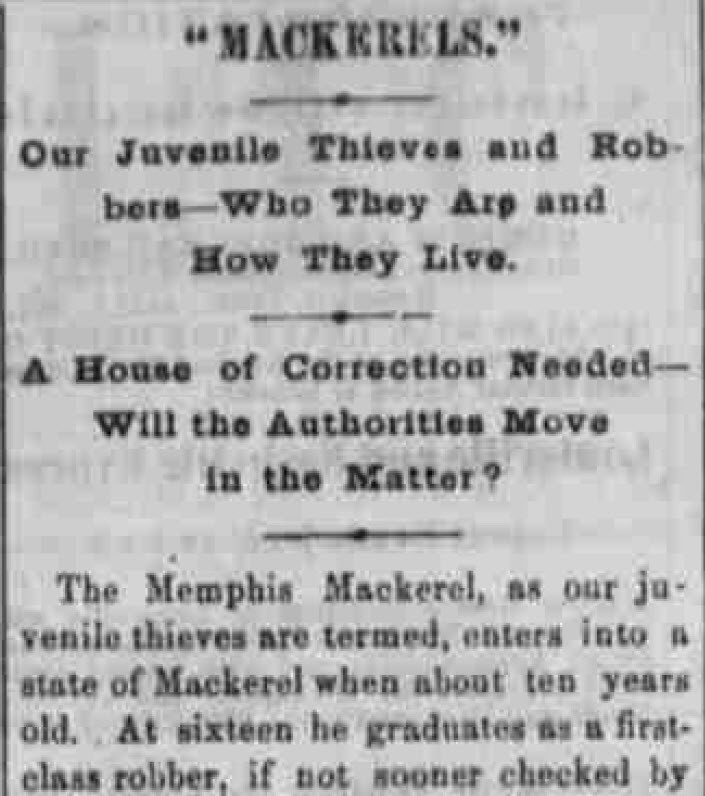 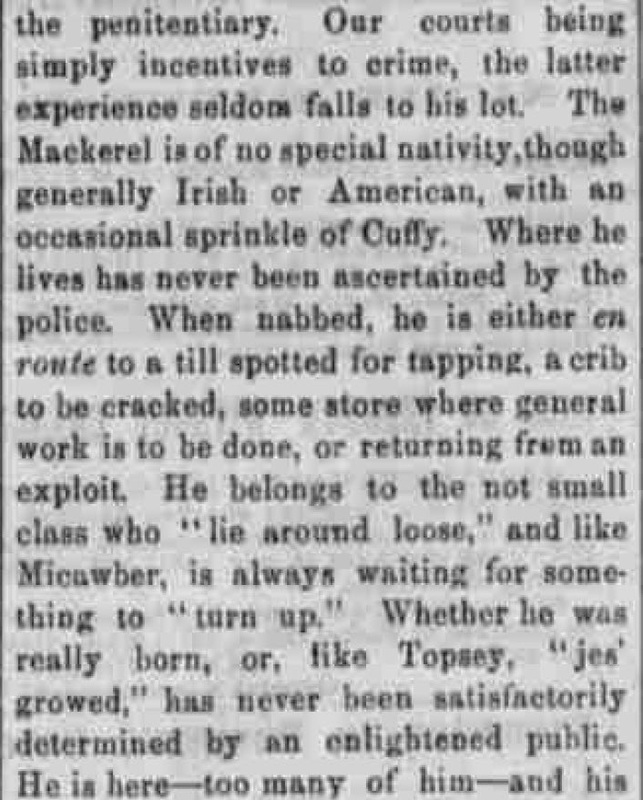 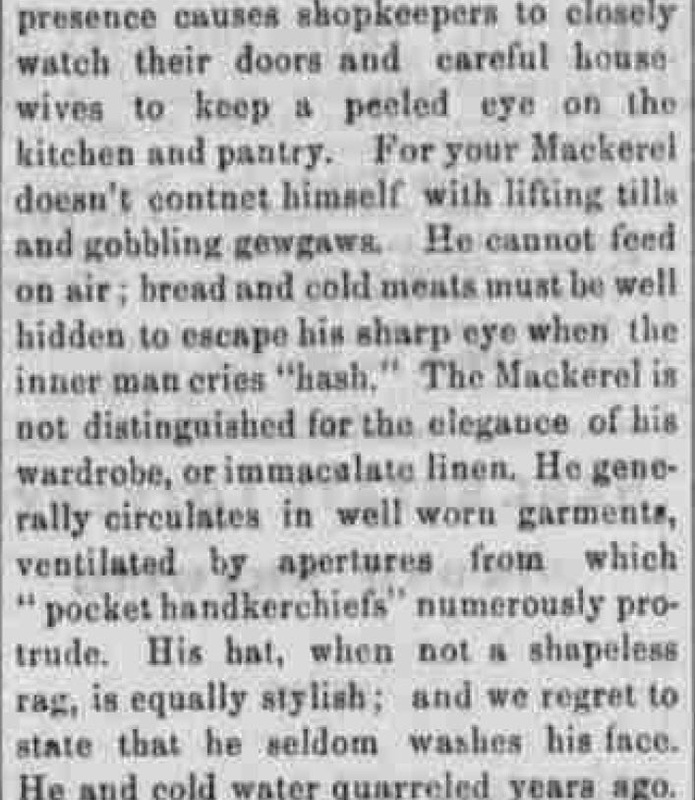 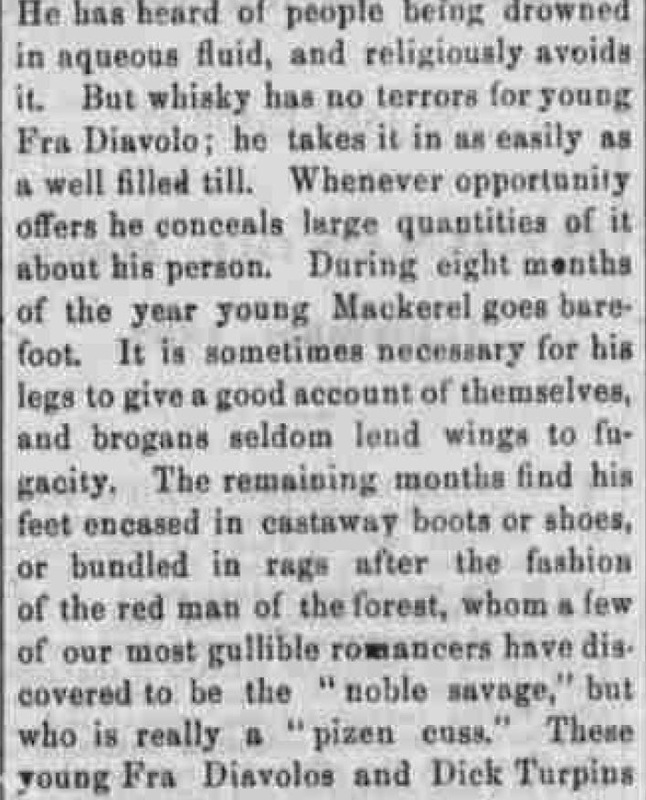 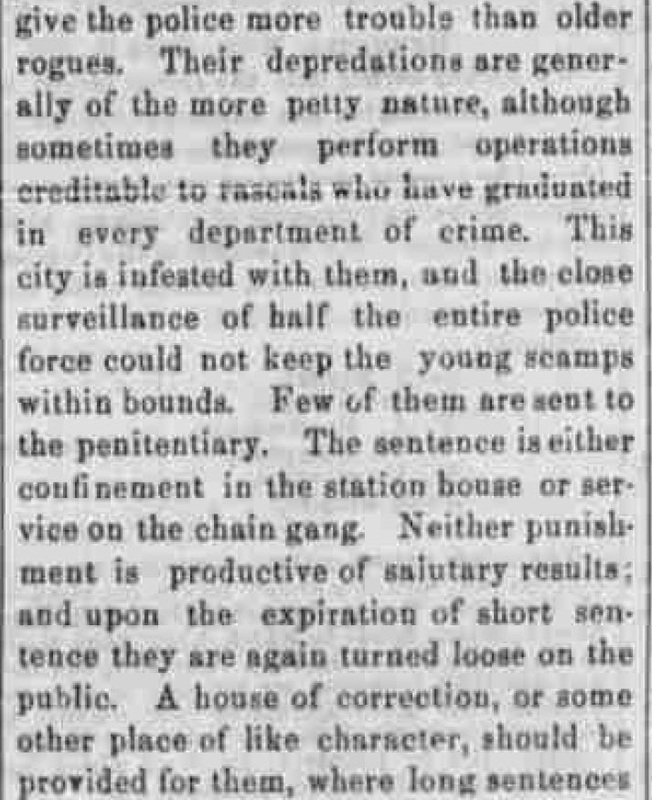 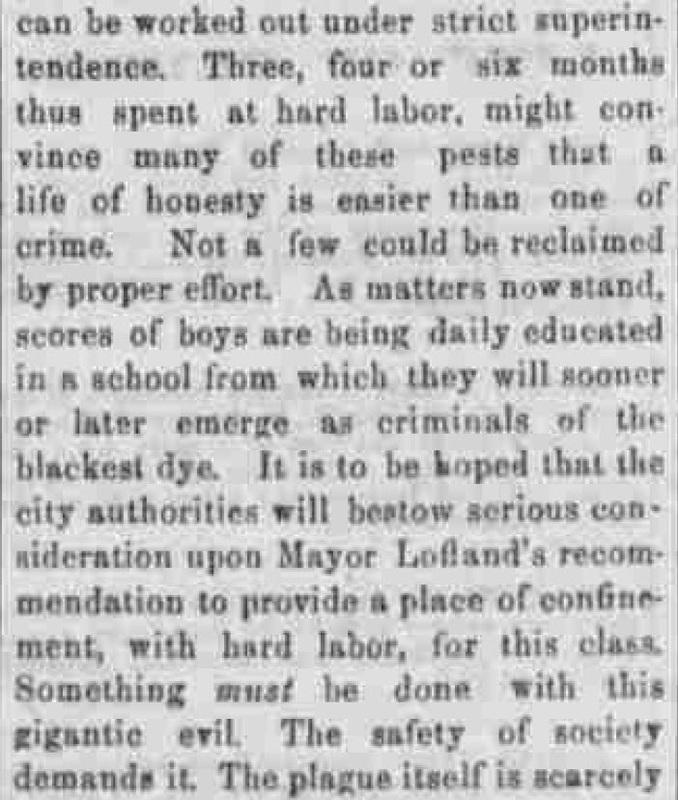