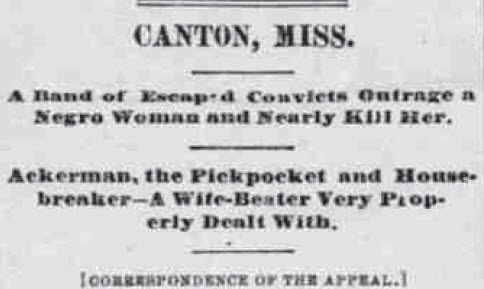 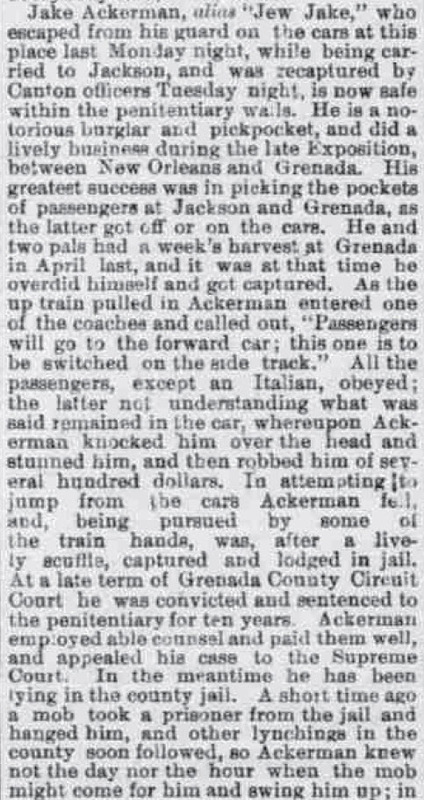 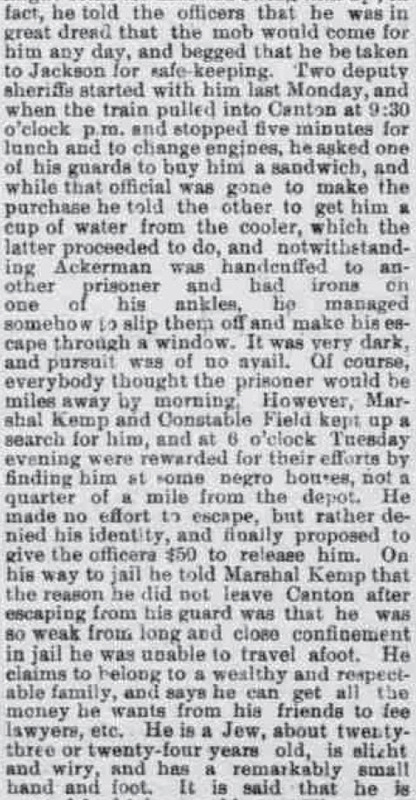 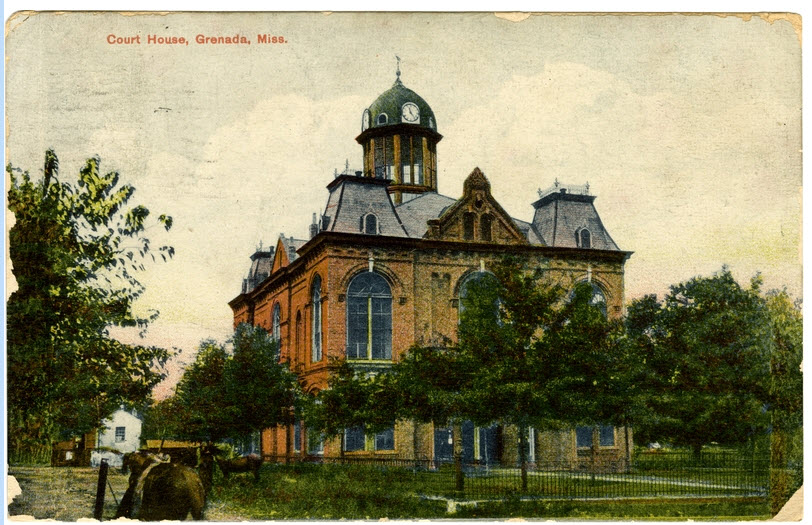 Old Grenada County, Mississippi Courthouse, Grenada, MS - built 1883 - demolished 1964 (was on the site of the current courthouse in Grenada, MS just north of the town square) - Jake Ackerman caused quite a lively scene at this courthouse during his trial in June, 1885 for robbery and attempted murder - biggest crook that Grenada, MS ever had on trial (the jail then was at Front and Main where they had him confined for 2 1/2 months before sending him down to the State Penitentiary in Jackson, MS)
Powered by

Create your own unique website with customizable templates.
Photo used under Creative Commons from Pulis Saklolo
Copyright 2015 - 2018 - All Rights Reserved