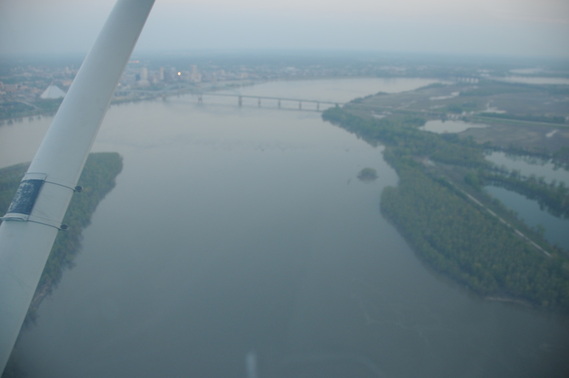 Mississippi River at Memphis in 2009

This website was created on March 2, 2015 by Robert Livingston, Jr. 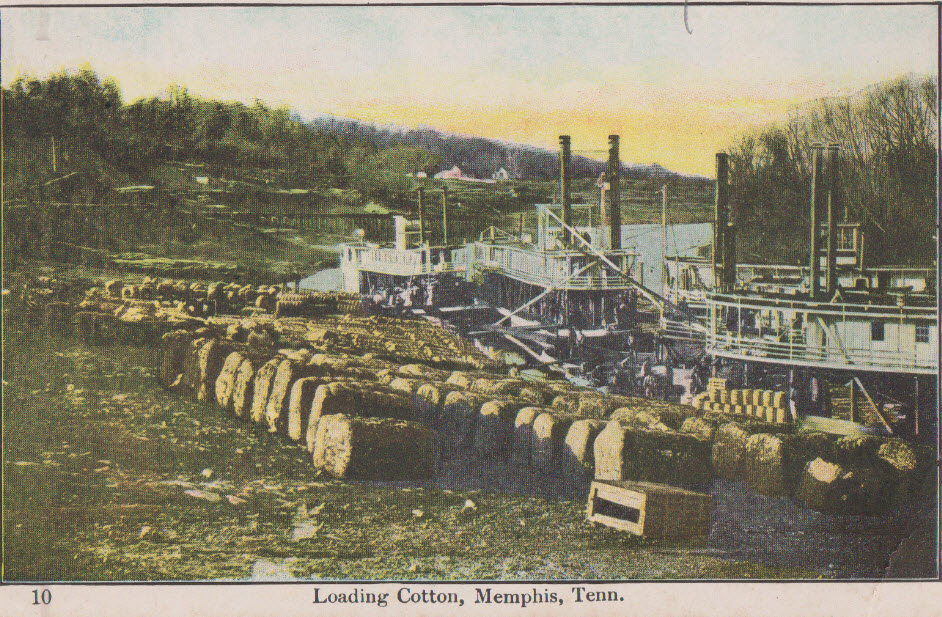 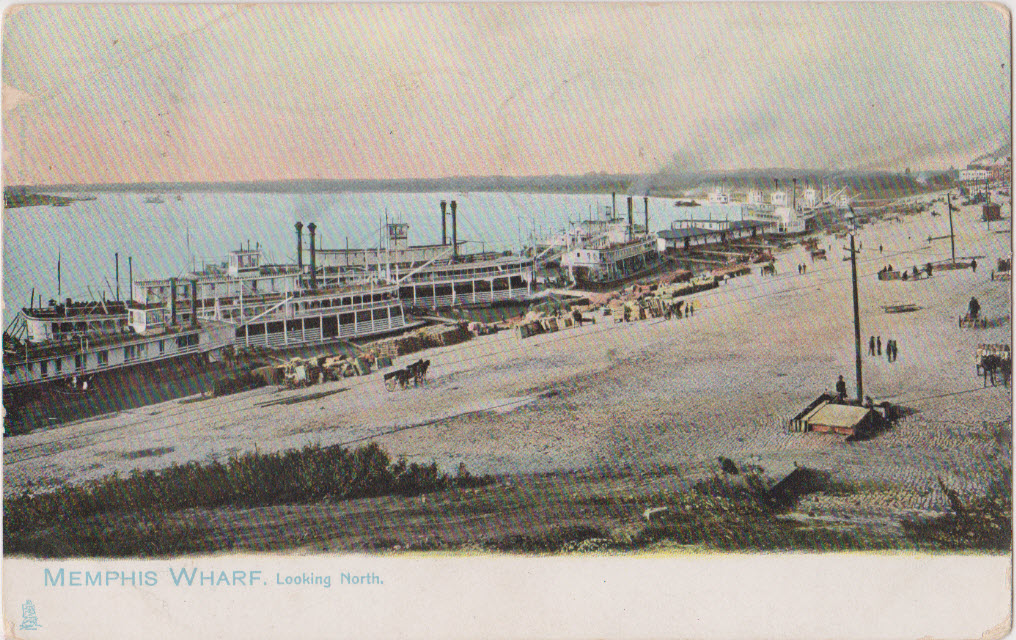 Landing at Memphis about 1907 - before Riverside Drive was built in the 1930s - the original landing extended up to the RR tracks - this was all cobblestone - view here is from the foot of Beale St - note there is no Mud Island in 1907 - also the main Miss R channel was to the left, not the right, in the distance 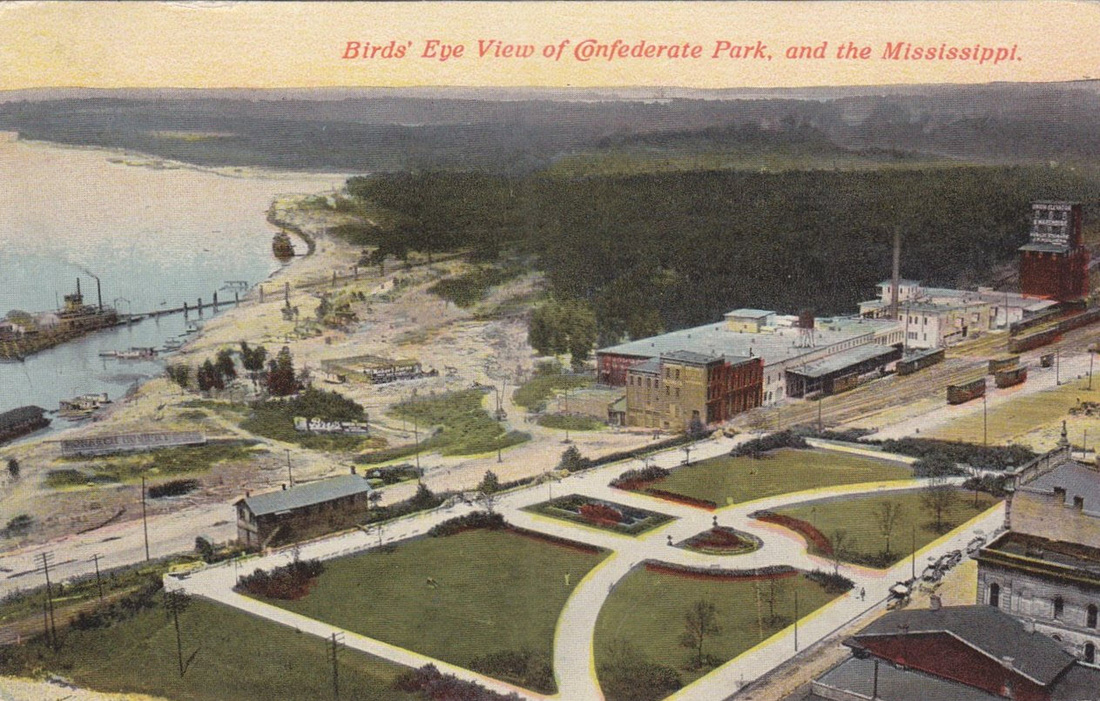 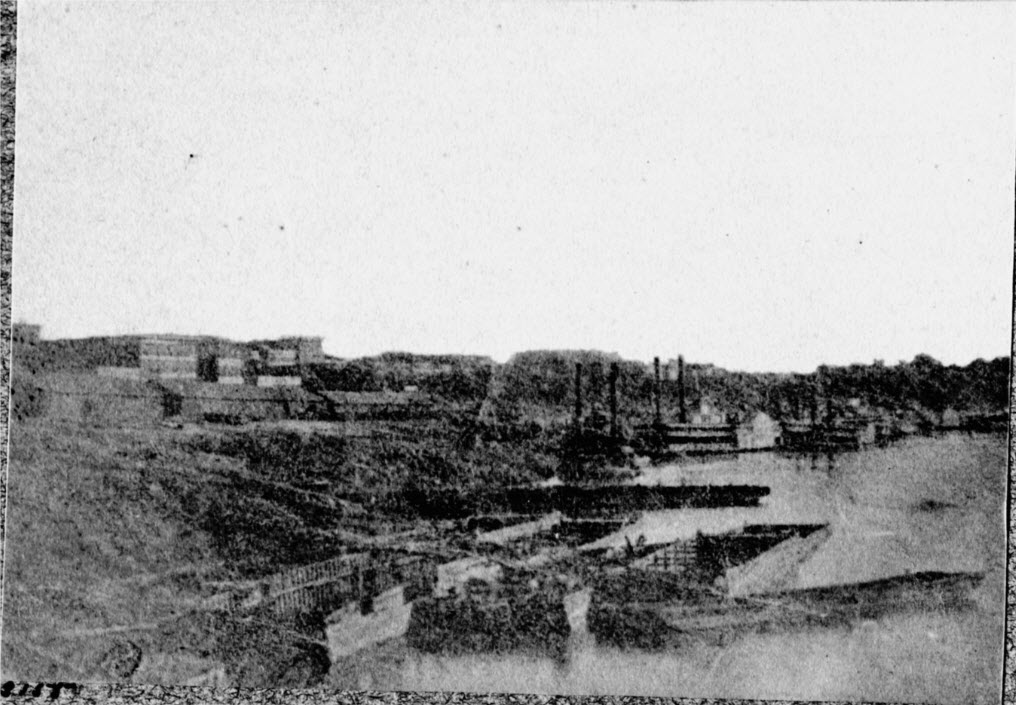 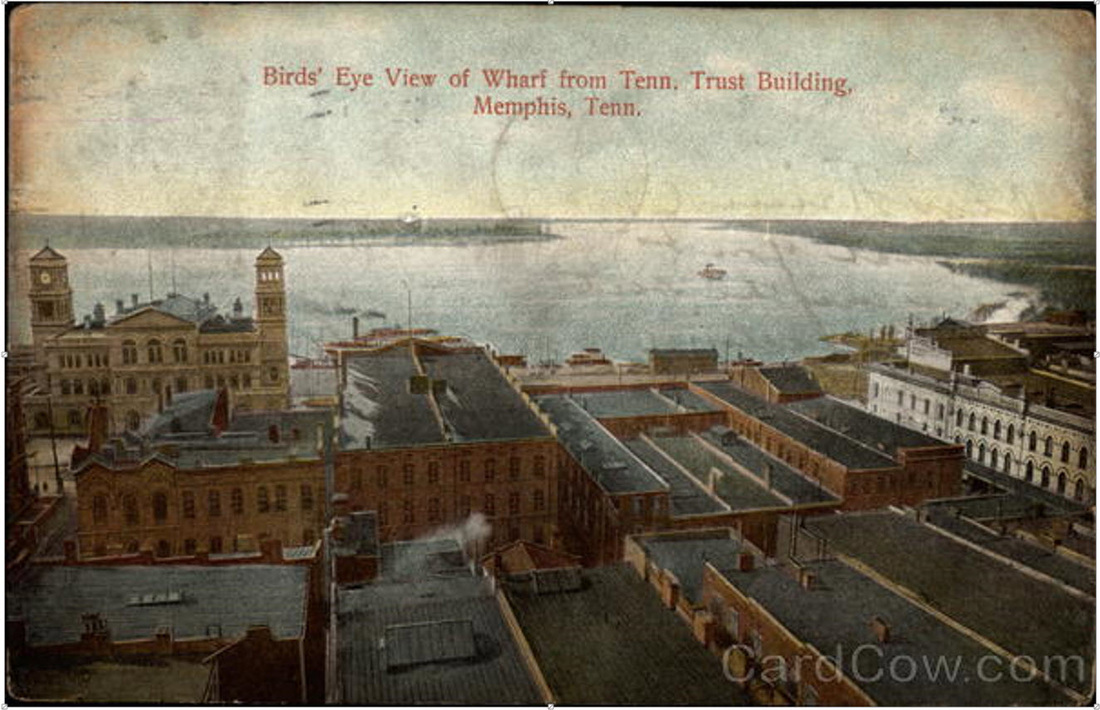 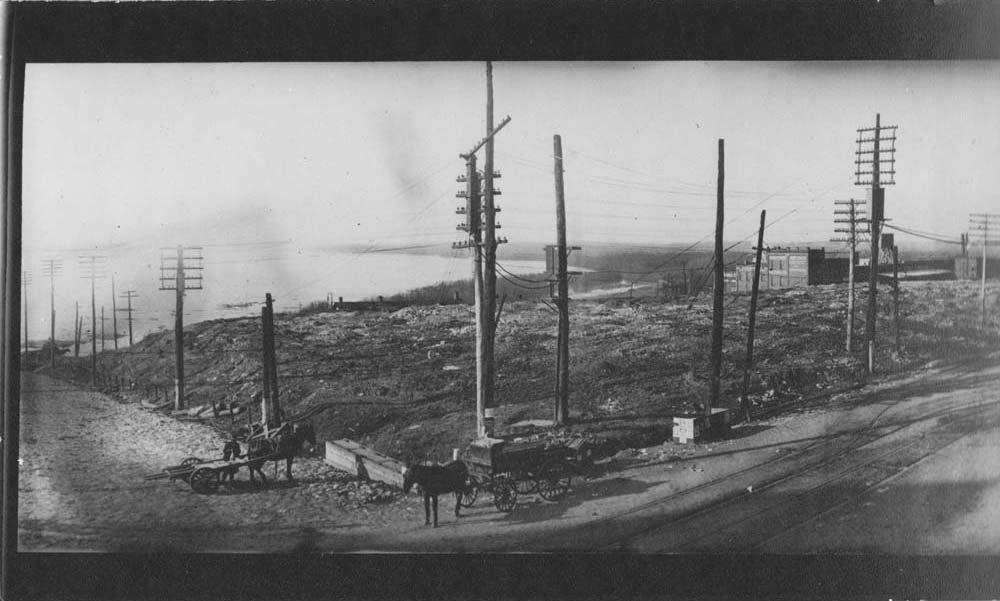 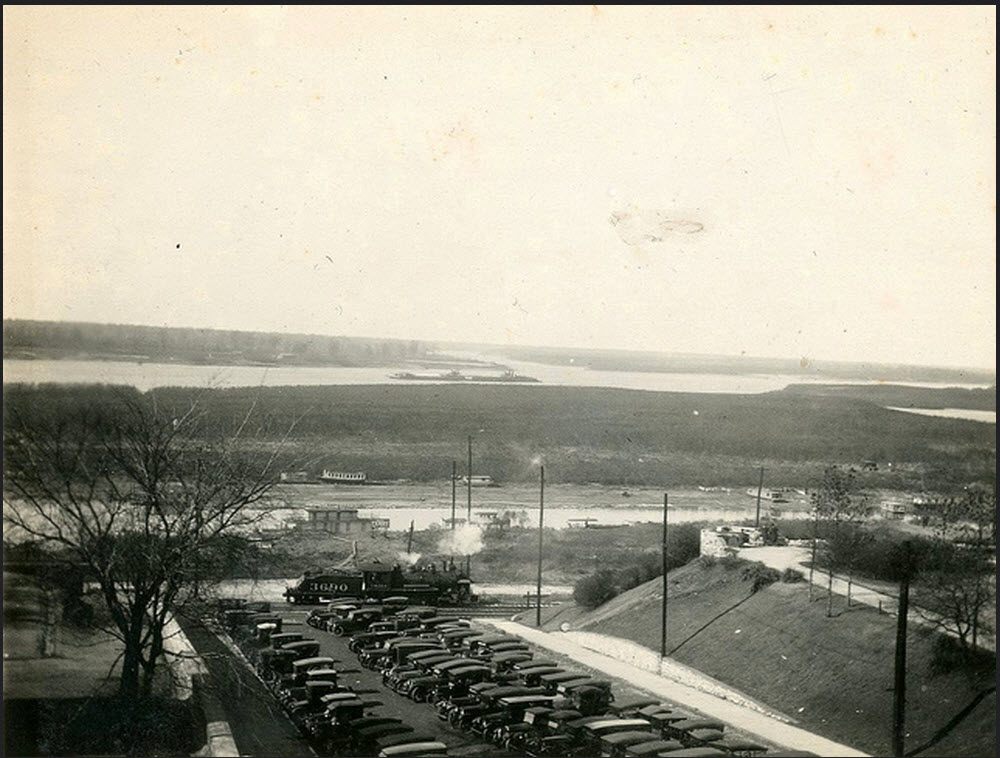 Same as above about 1920 - at Confederate Park, Memphis, TN - SE corner looking West over the Miss River - note Mud Island has formed by 1920 - then compare this picture to the one above

View of the Mississippi River looking northwest - the finest perspective to be had between St. Paul and New Orleans (at Jefferson Ave west of Front looking at buildings on the Promenade - about 1910 [Pink Palace Collection - Memphis Public Library])

Confederate Park area (today) at Court St looking East to Front St top of the Bluff - Photo about 1877? (Customshouse and US Courthouse are not in the photo to the right of Court St which would put the date before 1879) - when was Confederate Park developed? Around 1900-1910 - in 1908 actually - Note one Civil War cannon in the park on the bluff to the left behind the stone wall? 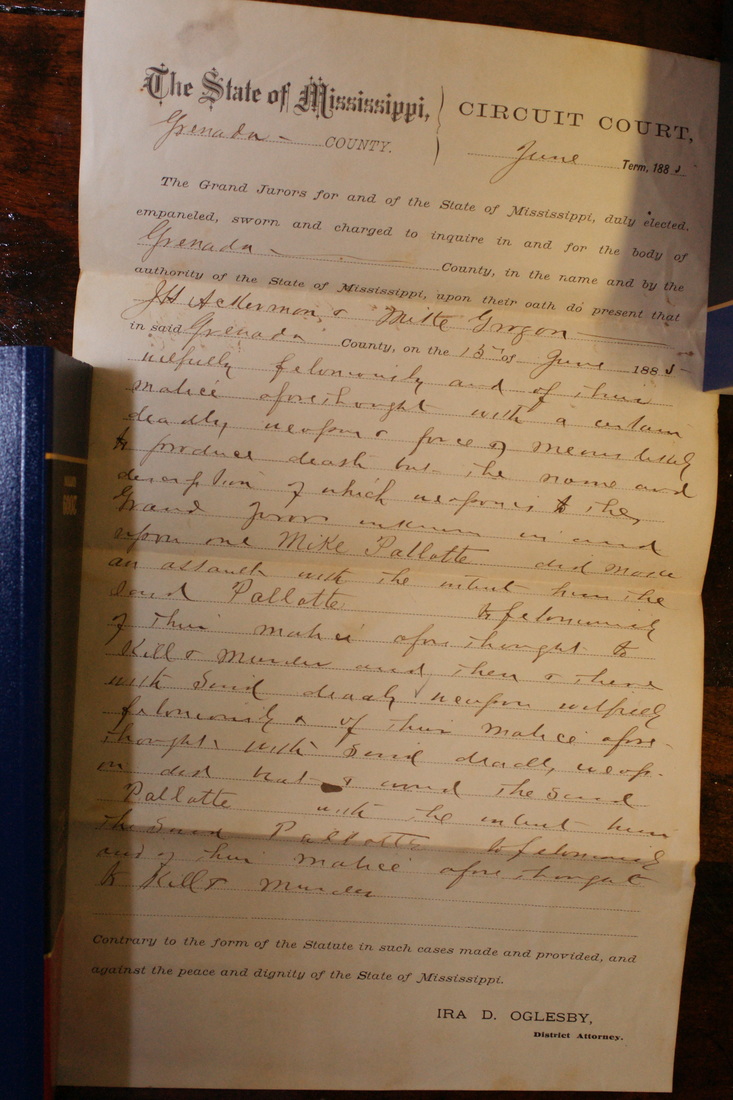