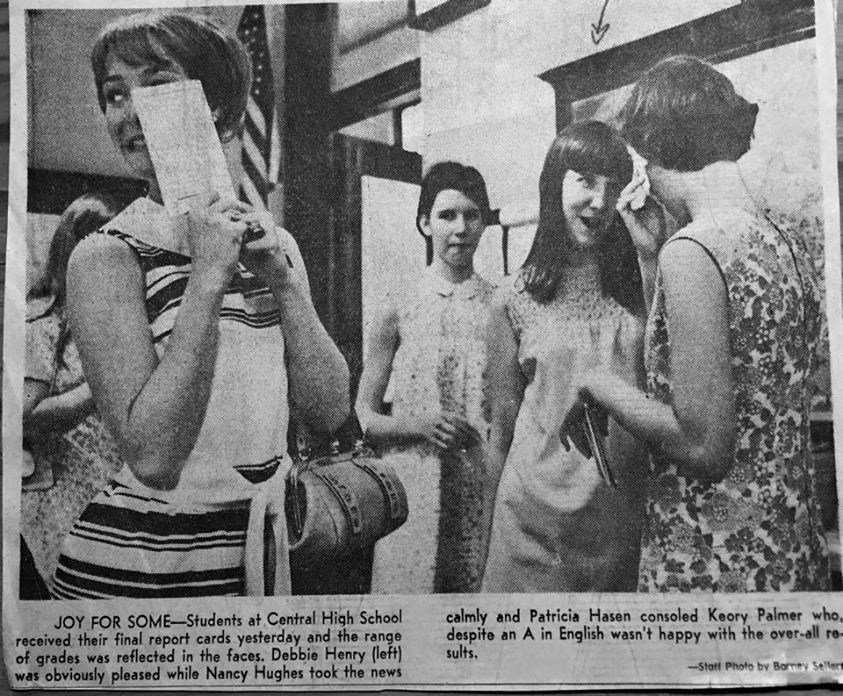 End of the year at CHS - probably 1969? (arrow points to Alyce Dobyns not Patricia Hasen as the caption says which is incorrect)

Trial of Jake Ackerman in June, 1885, Grenada, MS for Robbery and Assault - his actual signature from the "jacket" containing the trial record - photo'ed in Jan, 2011 in Grenada, MS - the "biggest crook Memphis ever produced"

He was the biggest crook to ever come out of Memphis, Tennessee, now or then, and he was probably the most accomplished thief in all of the United States by the time he was thirty-three in 1885. No one equaled him in criminal achievements in any way, although some lived longer than he did. But in thirty-eight short years before his death in 1890, Jake Ackerman managed to become the most notorious crook, thief, highwayman, burglar, gambler, cheat, pimp, pickpocket, booster (shoplifter), all-around thug, bigamist, gunslinger, illegal prize fight promoter, swindler, turf exchange operator (illegal off-track horse race betting), train robber, sometime pianist (yes, he played the piano oddly and was quite good at it), keno operator (bingo for money), card shark, escape artist, and con man in the country and had excelled in every respect way beyond his contemporaries in having a soul and character so black and so morally depraved that one newspaper article in Mississippi (The Grenada Sentinel) said in 1885 that not even one hundred years of Sunday School could reform his character it is so devoid of any sense of decency or propriety due to his long association with crime and the fact that he would even kill the President of the United States if cornered and he thought by doing so he could escape.